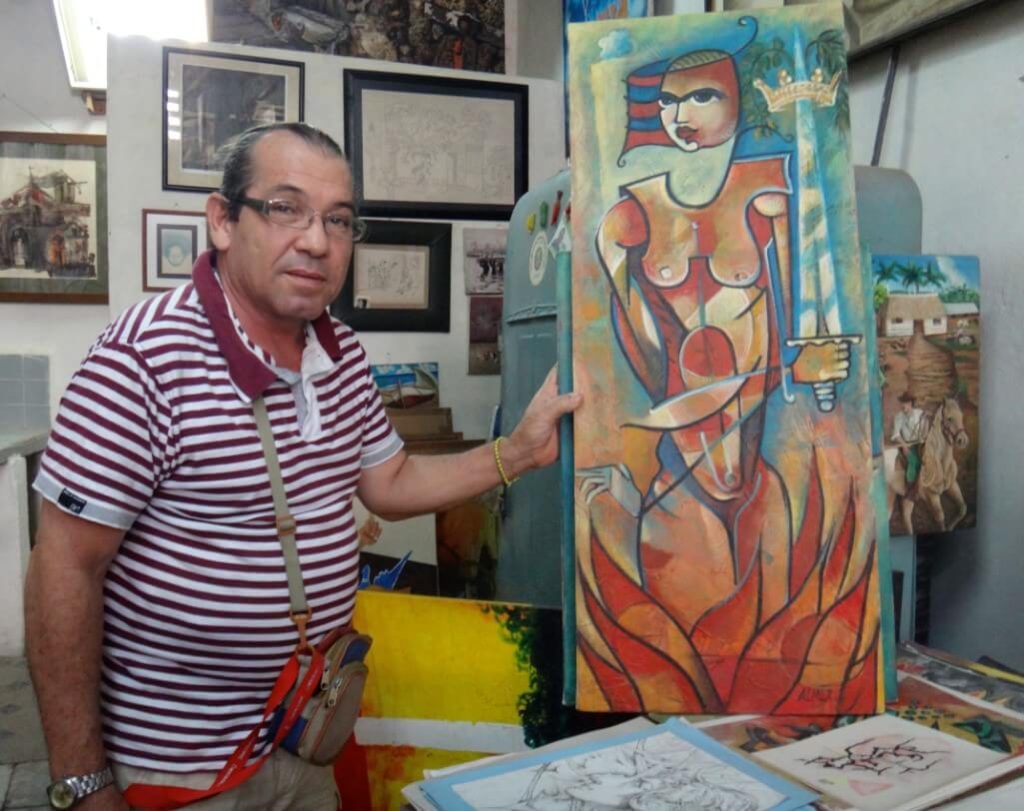 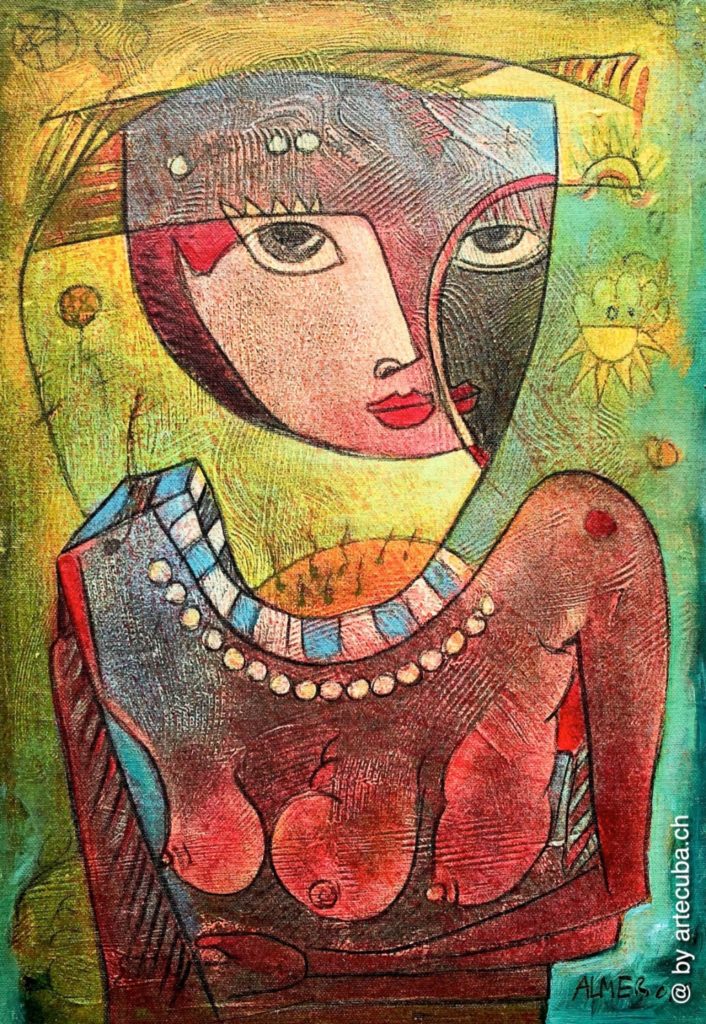 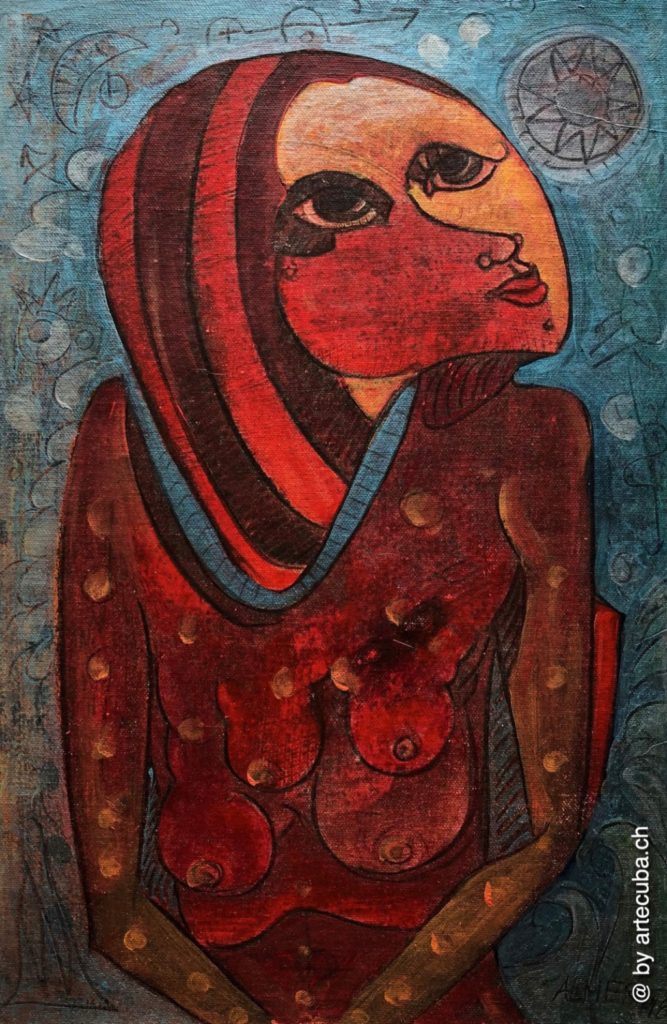 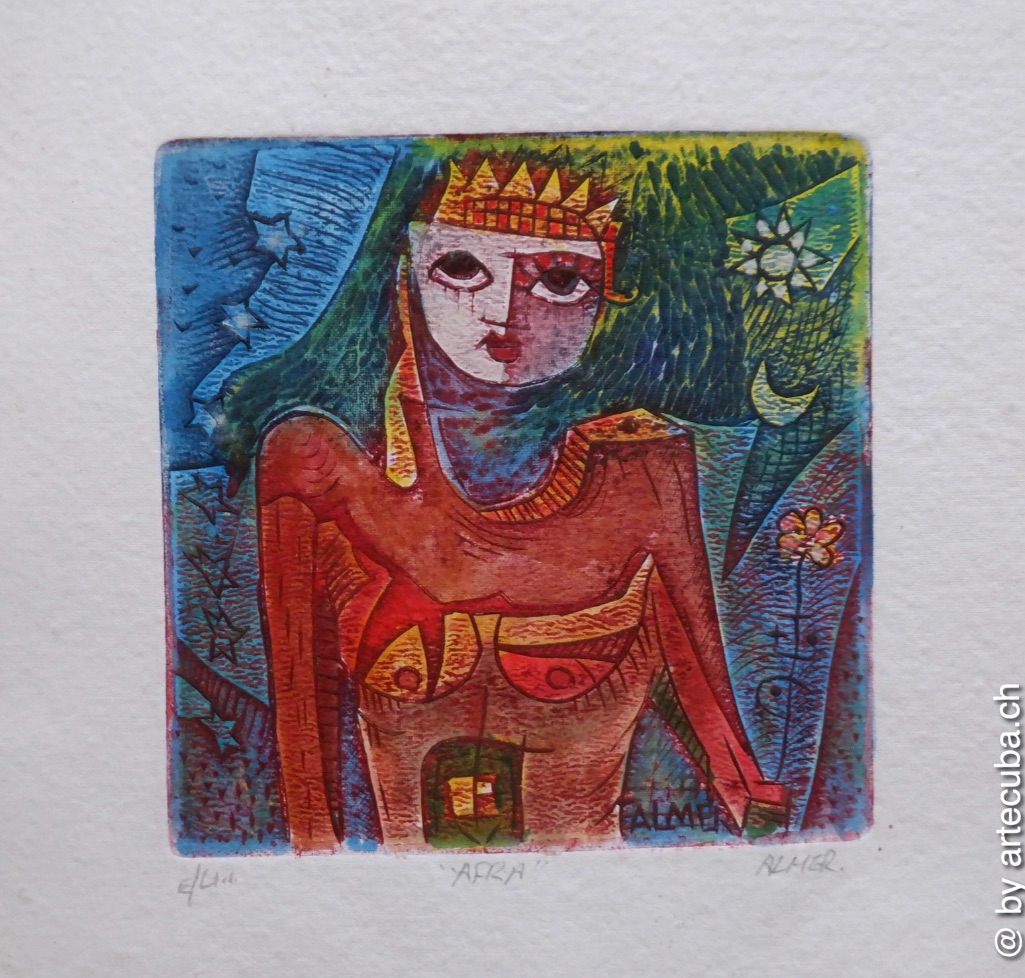 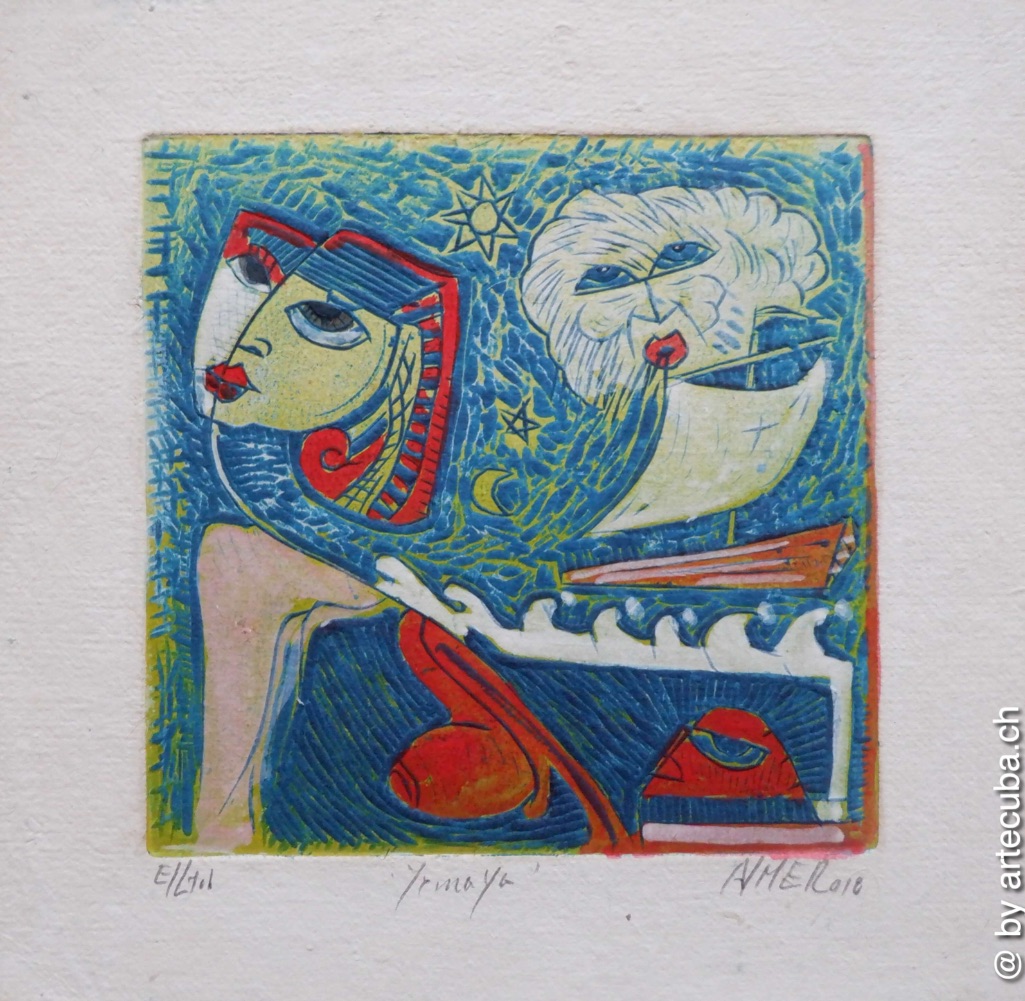 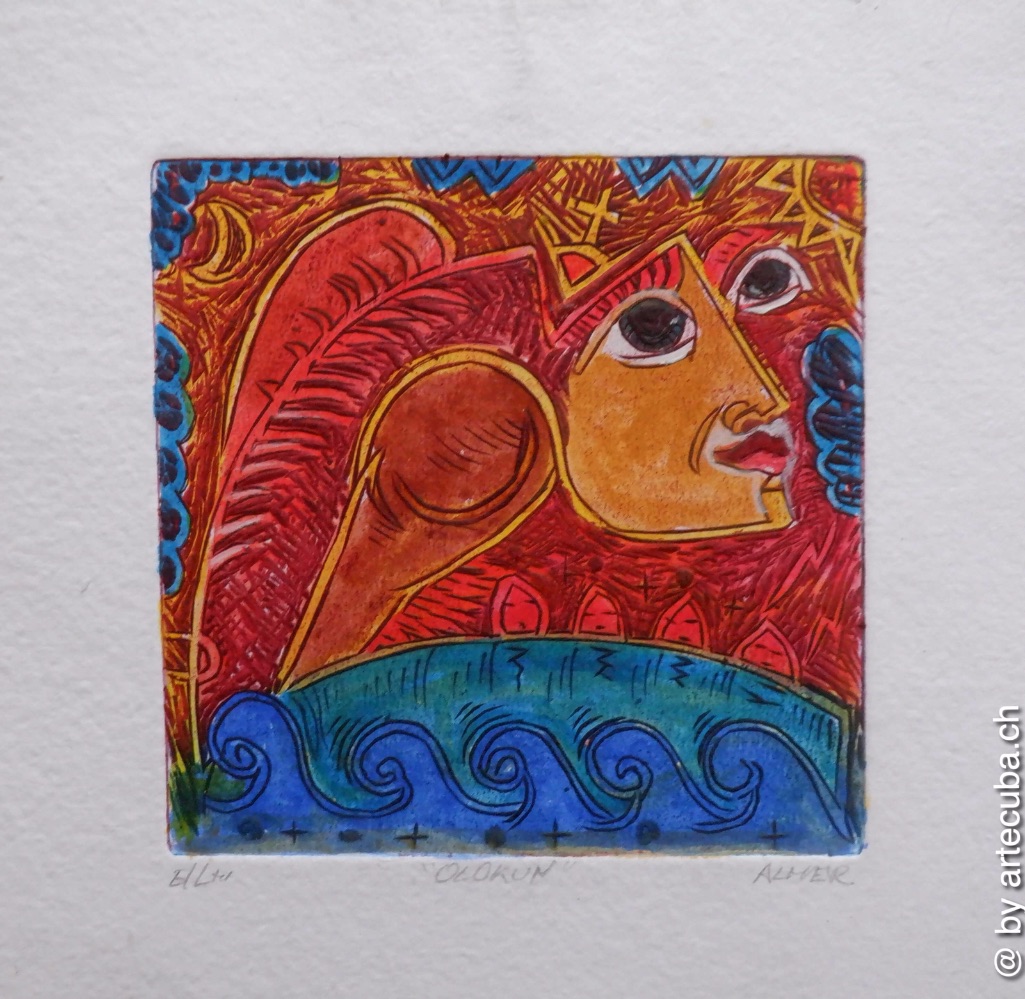 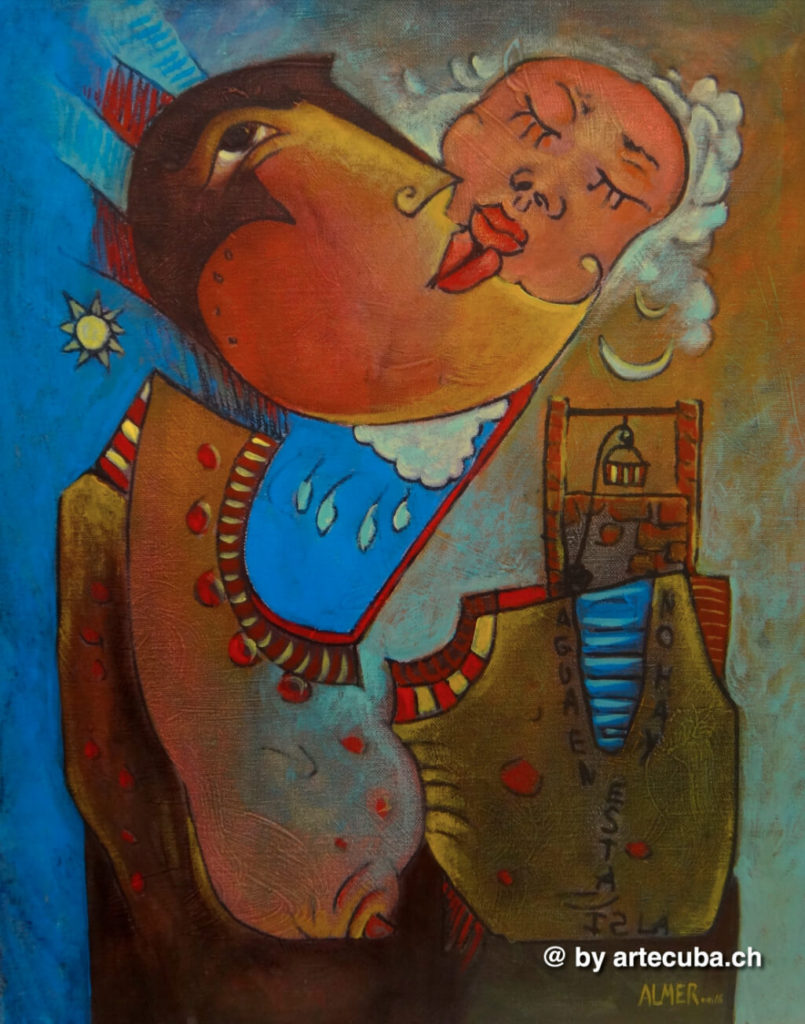 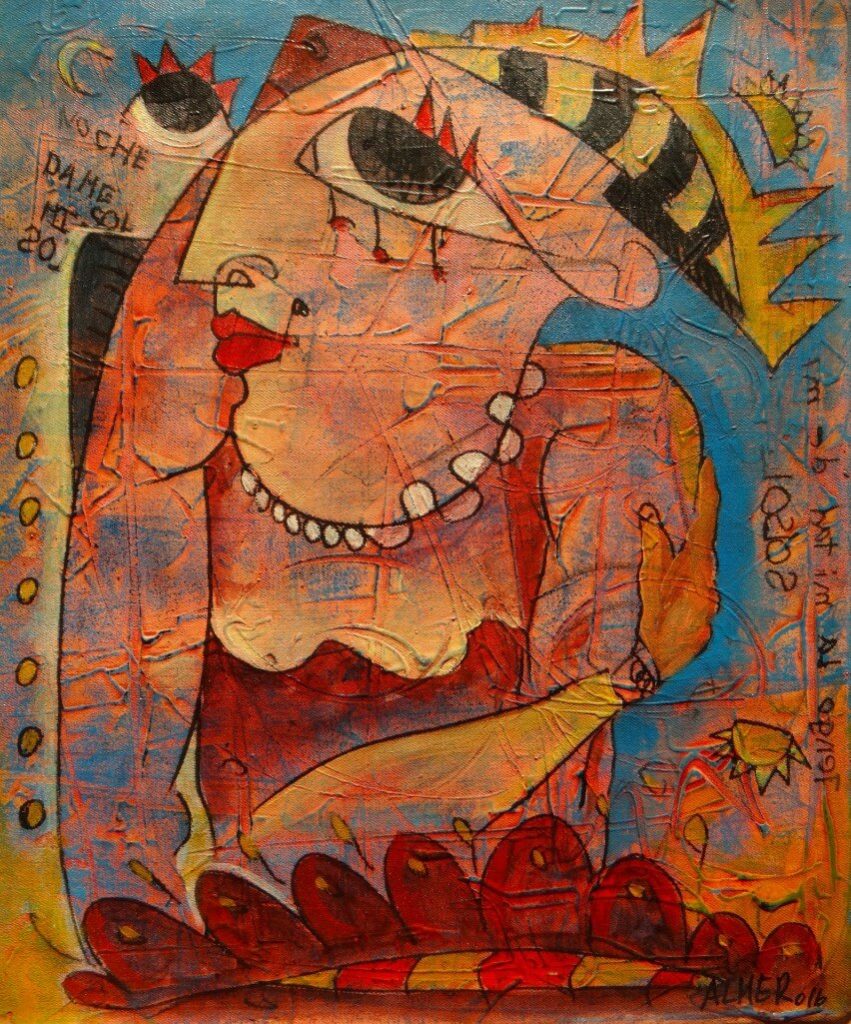 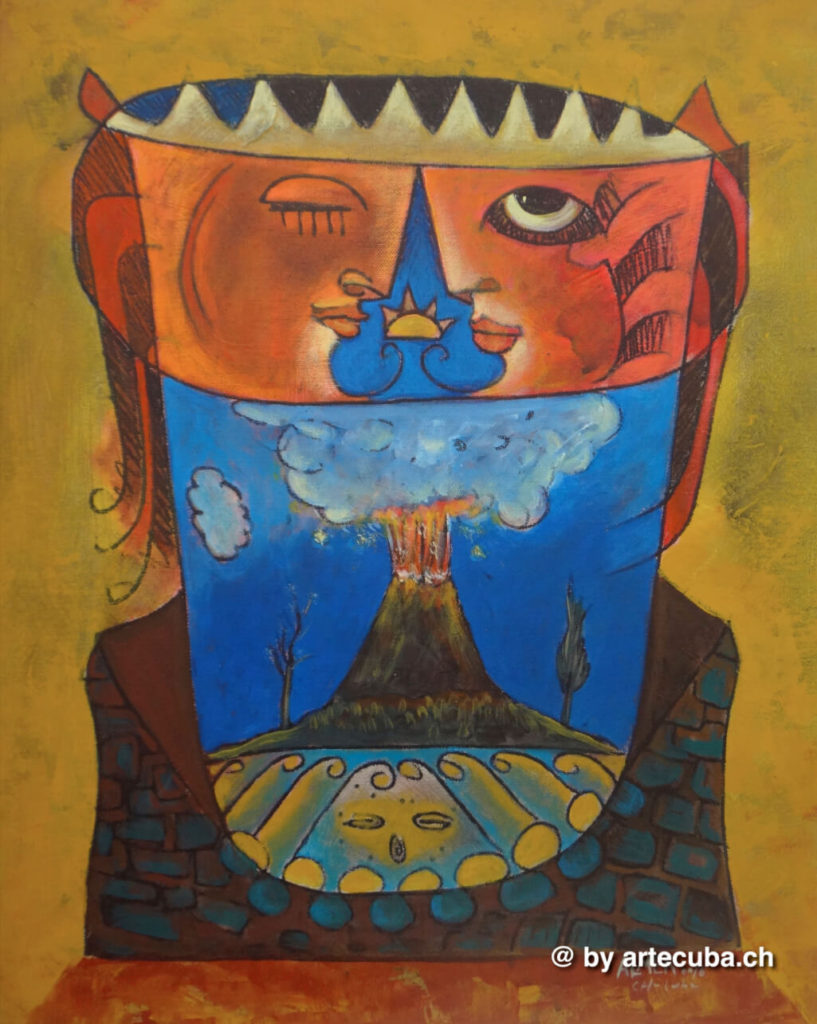 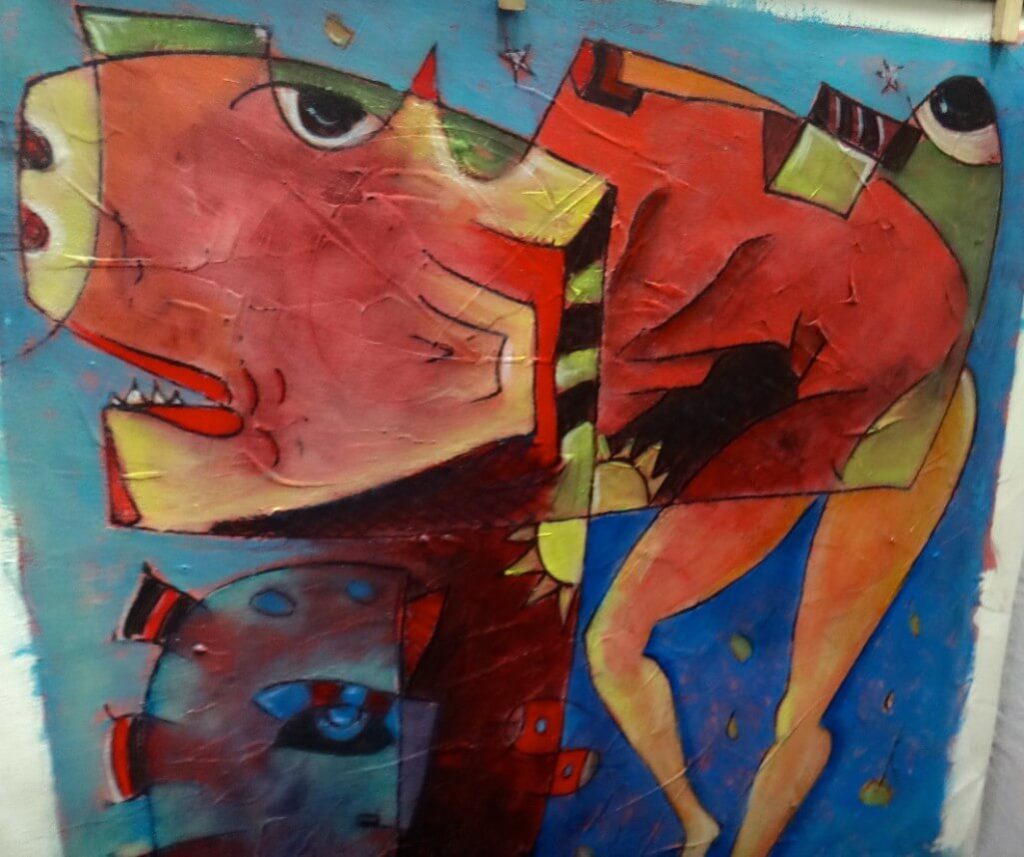 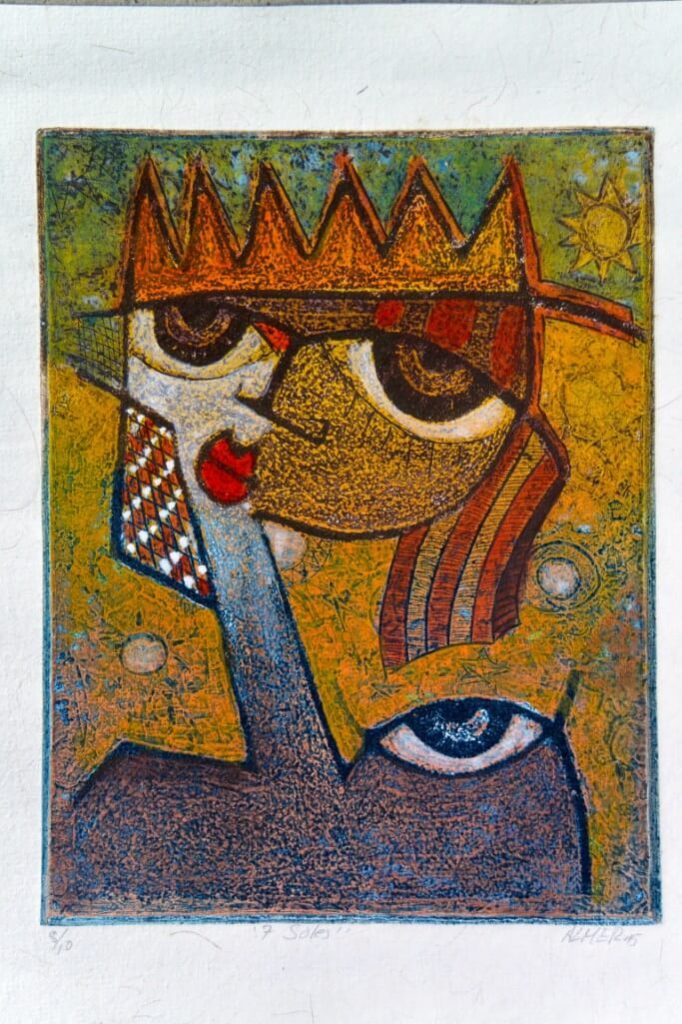 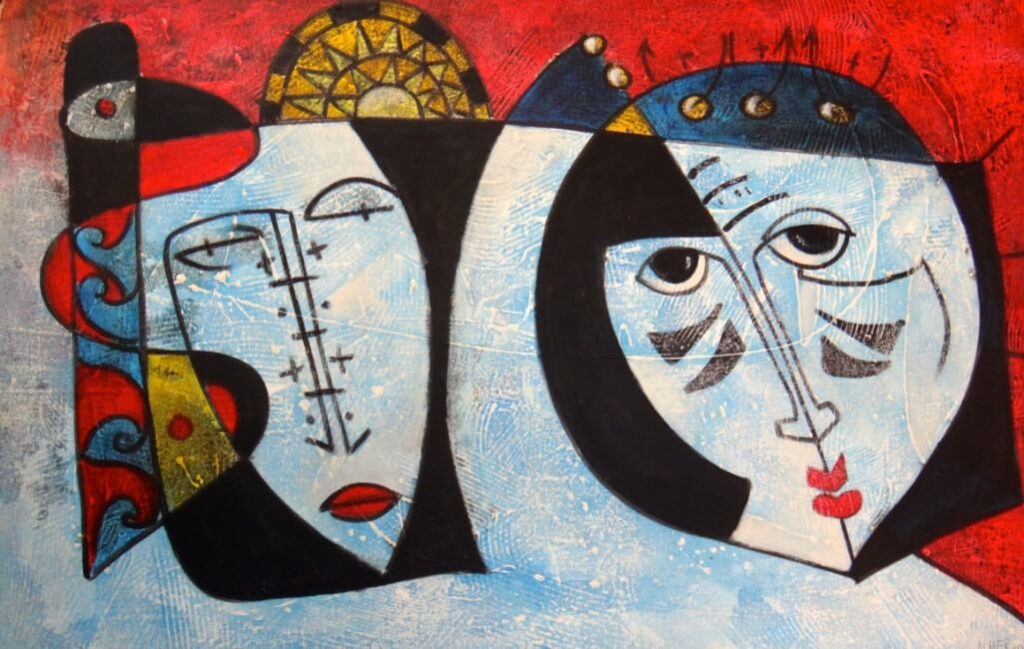 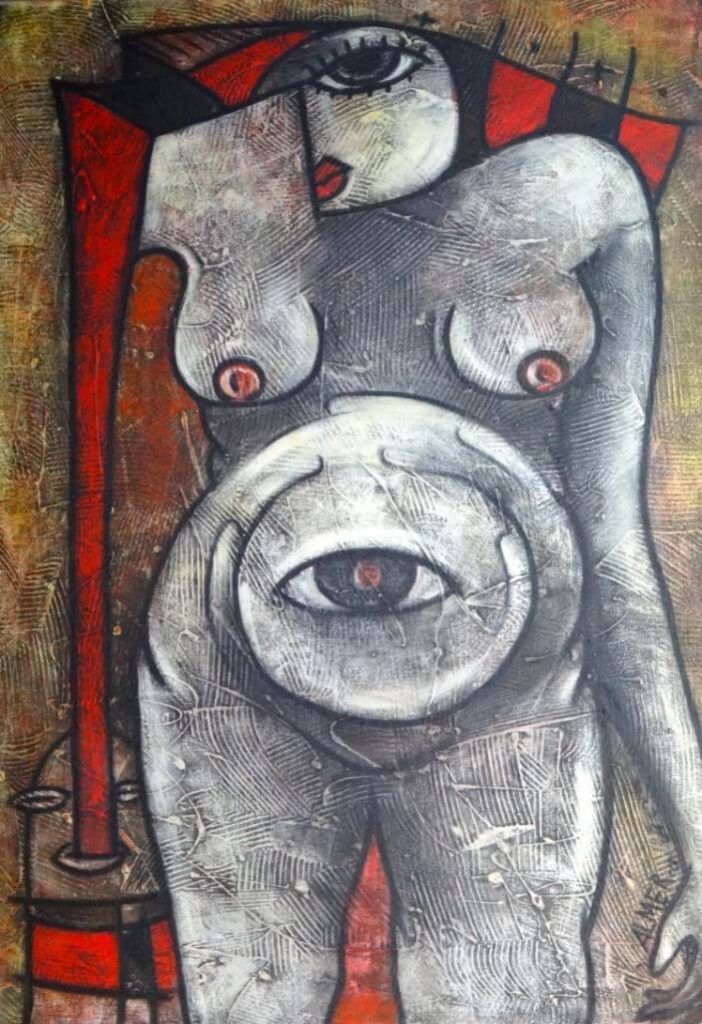 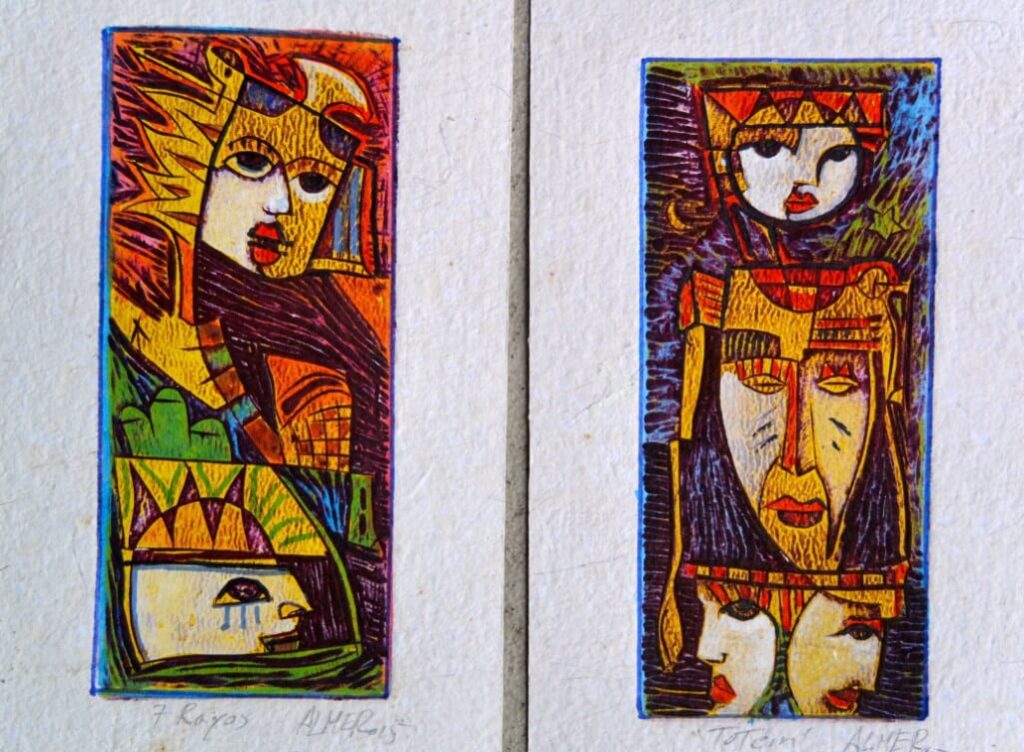 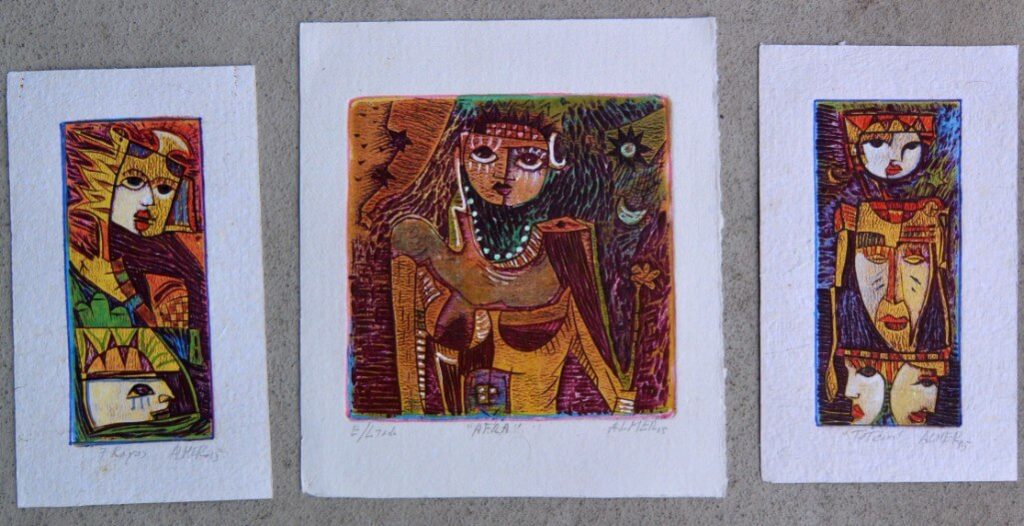 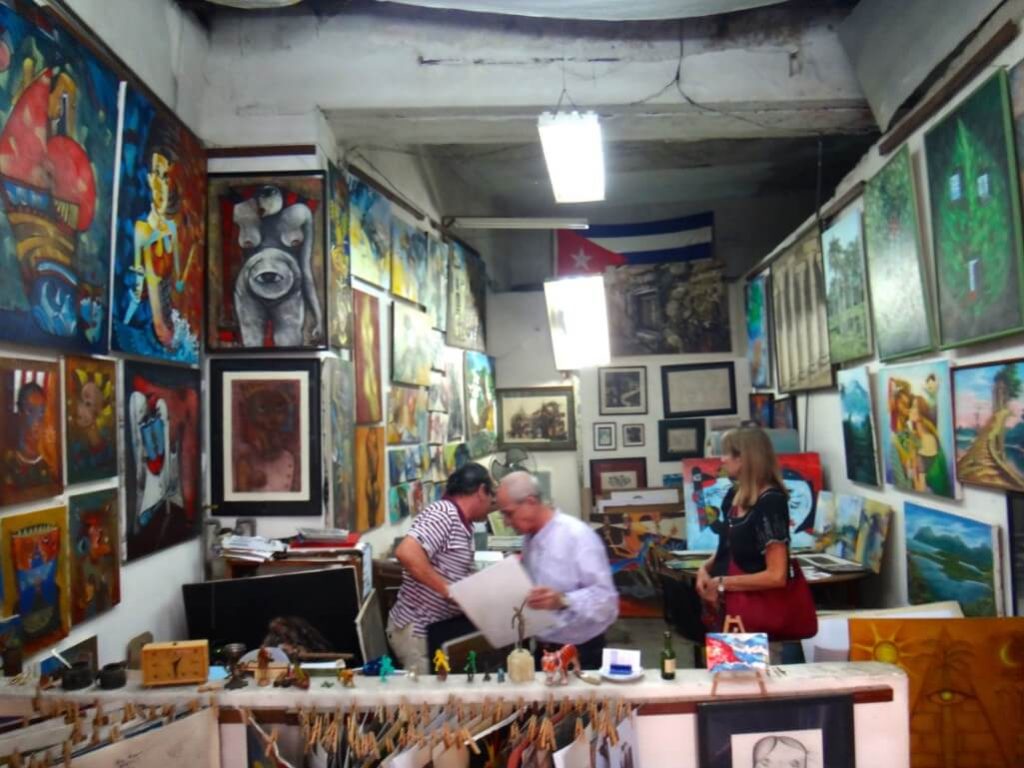 Alvaro Almaguer, artist name Almer, was born in 1961 and studied painting and drawing at the Jose J. Tejada Academy in Santiago de Cuba. He soon became professor at the Holguin School of Art. He also worked extensively with lithographs and incorporated Afro-Cuban influences into his paintings. From 1997 onwards, exhibitions of his works followed in Chile, Canada and Portugal. He lived and worked in Portugal for several years before returning to Cuba in 2004. His works are powerful, colourful and extremely creative. Almer plays with fragments, reassembles them and invents mythical figures, thus creating his own 'Afro-Cuban visual language'. Cuba - in its often confused diversity - could not be more aptly portrayed.

See the CV of the artist: