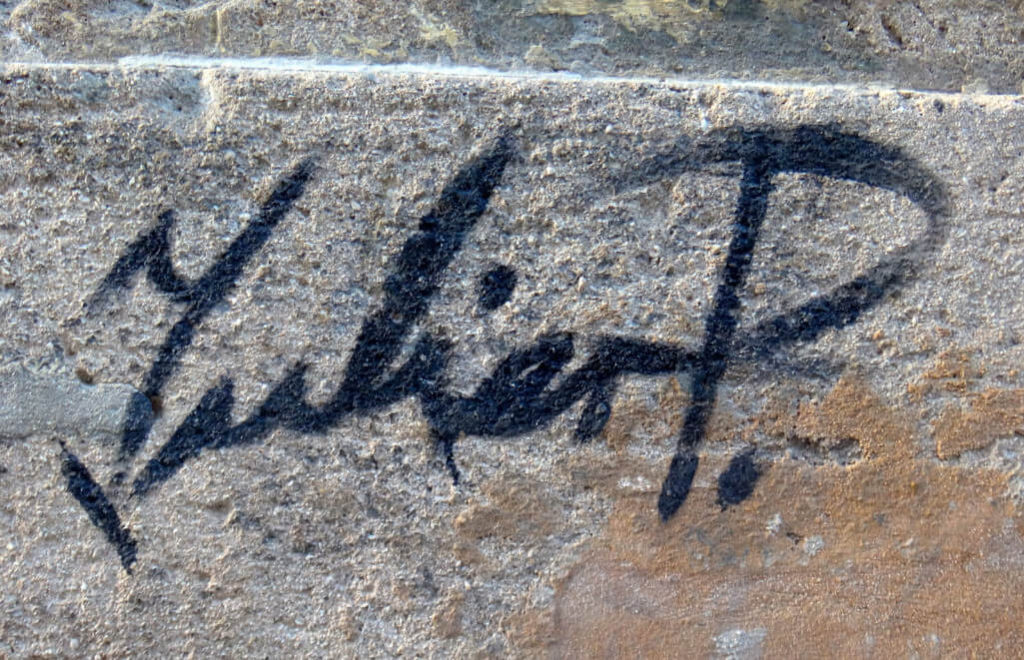 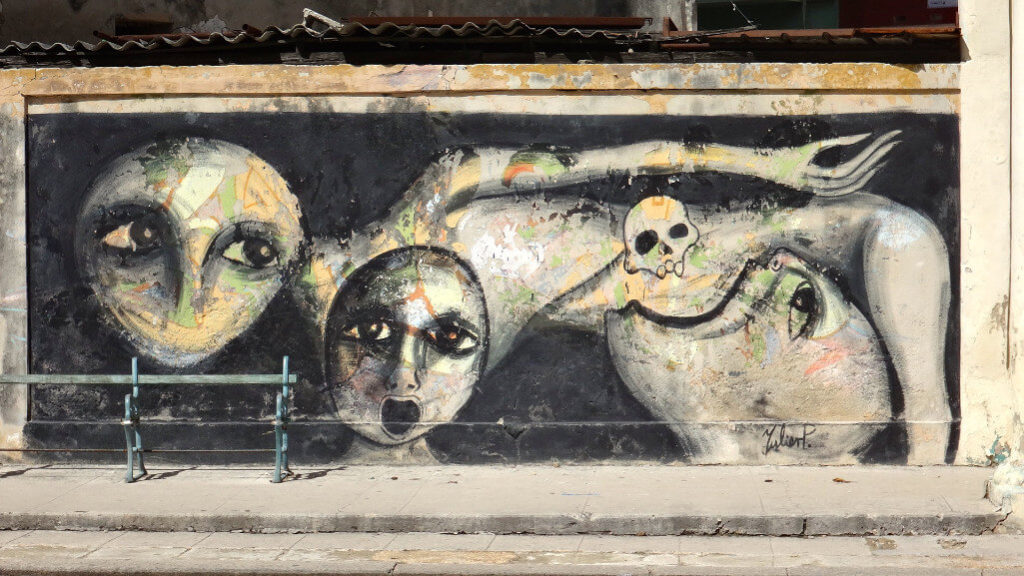 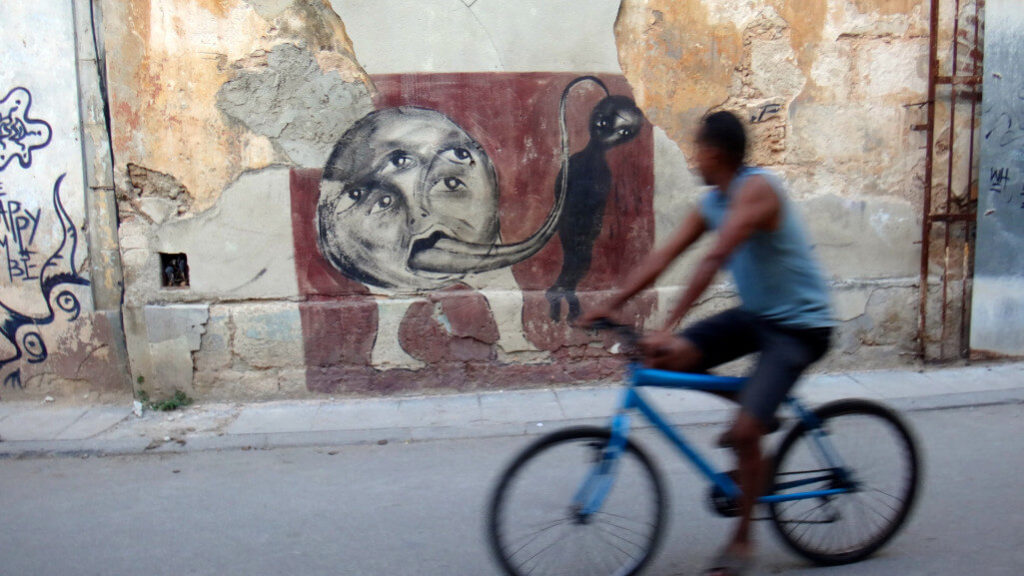 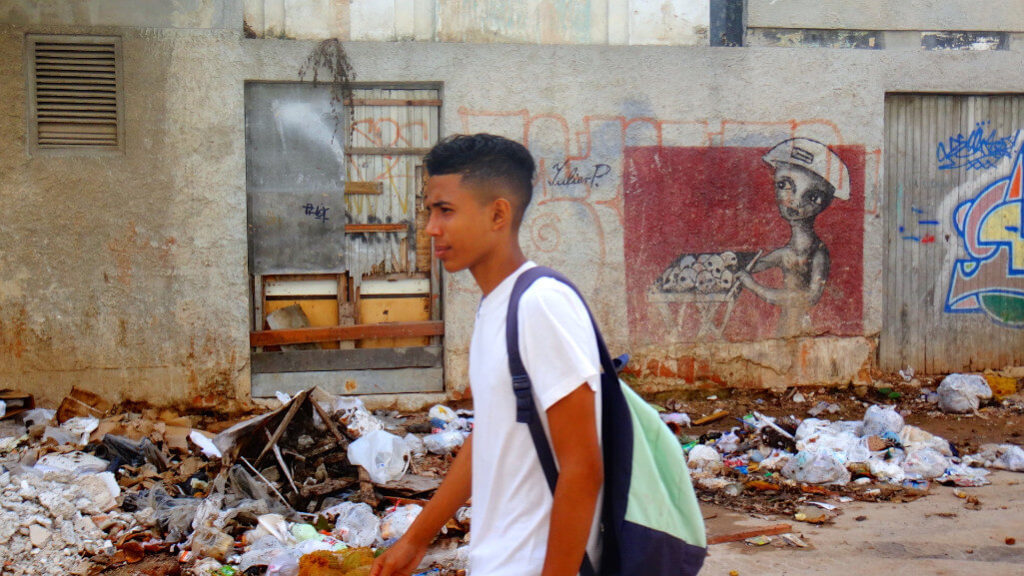 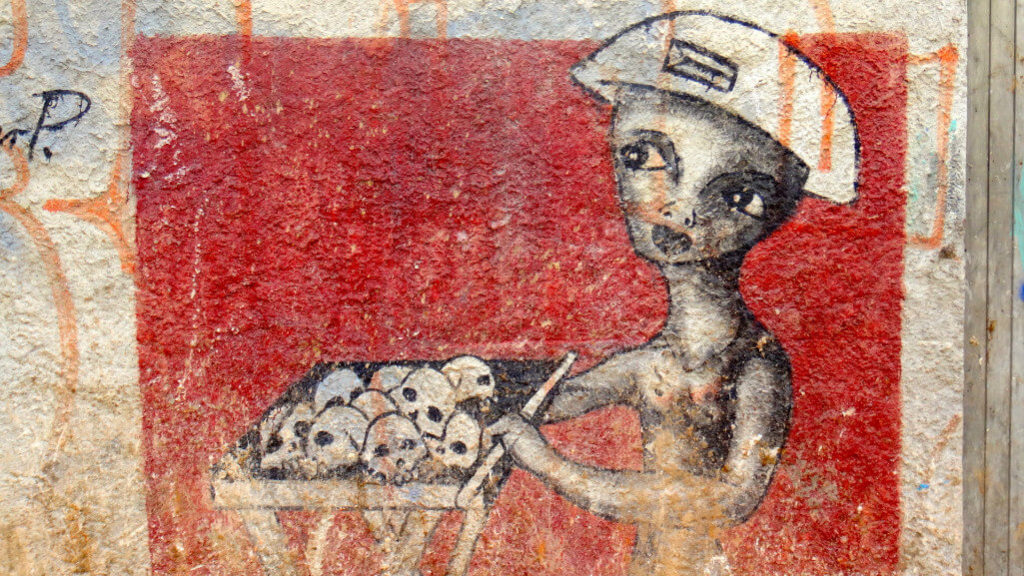 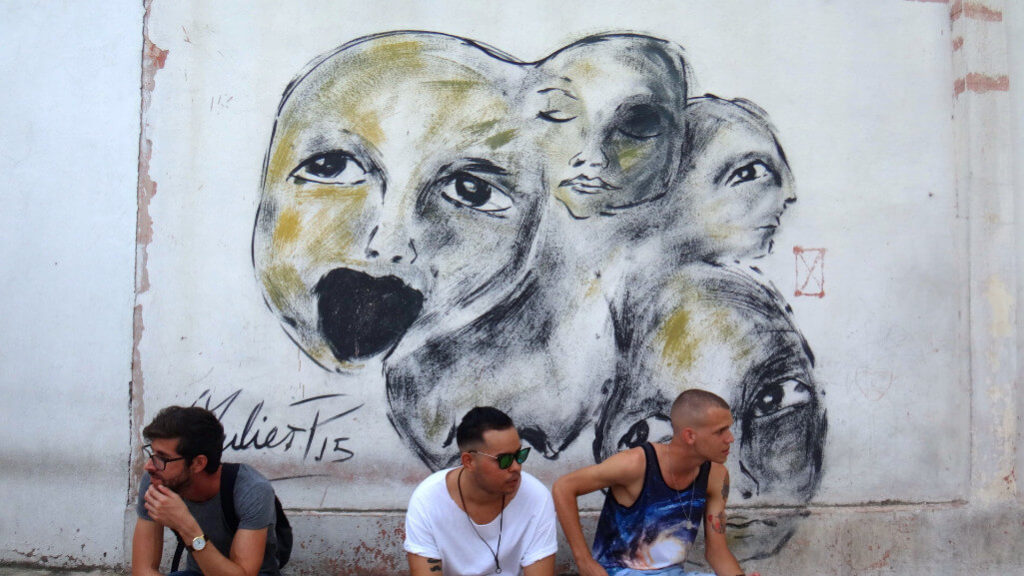 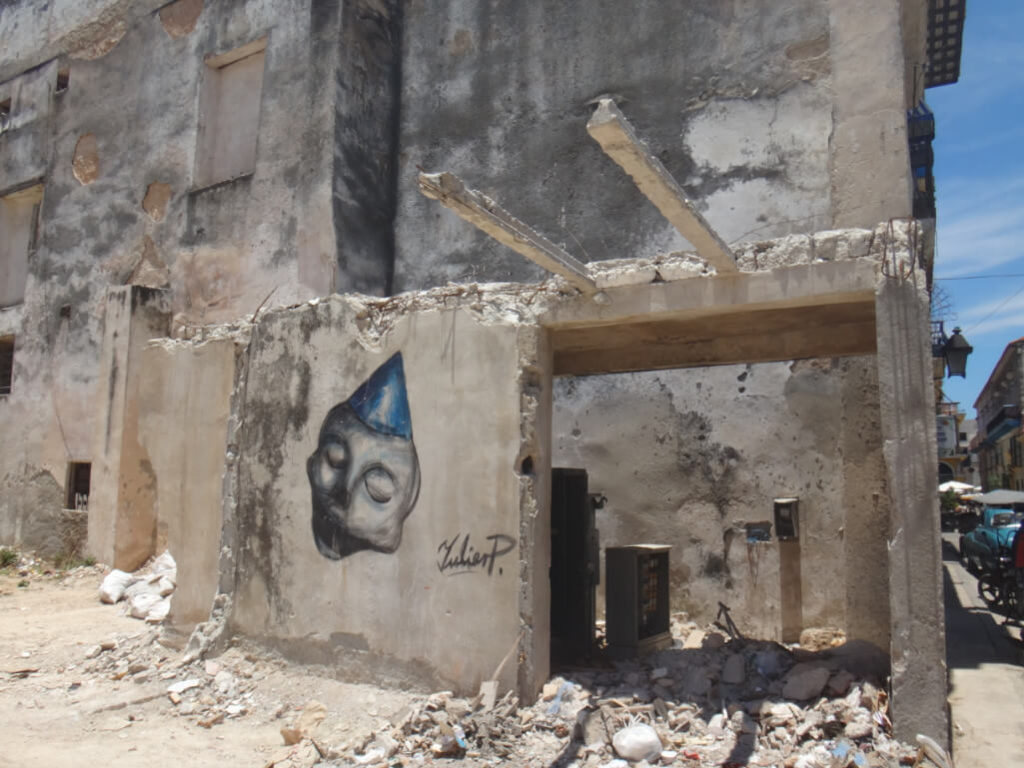 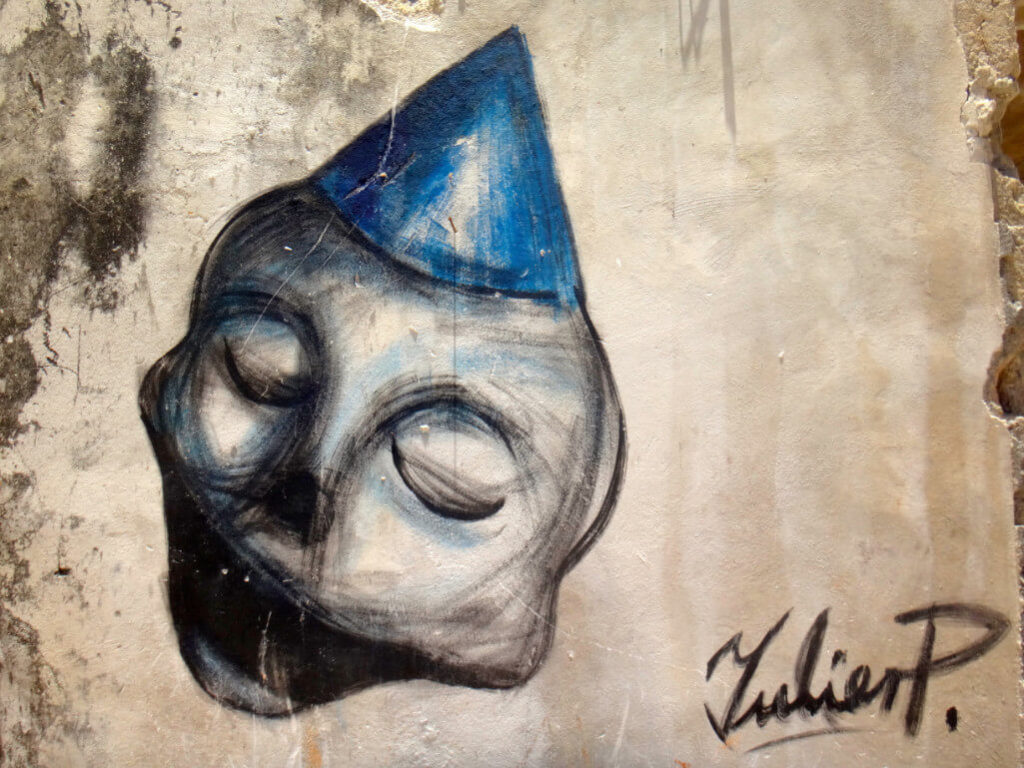 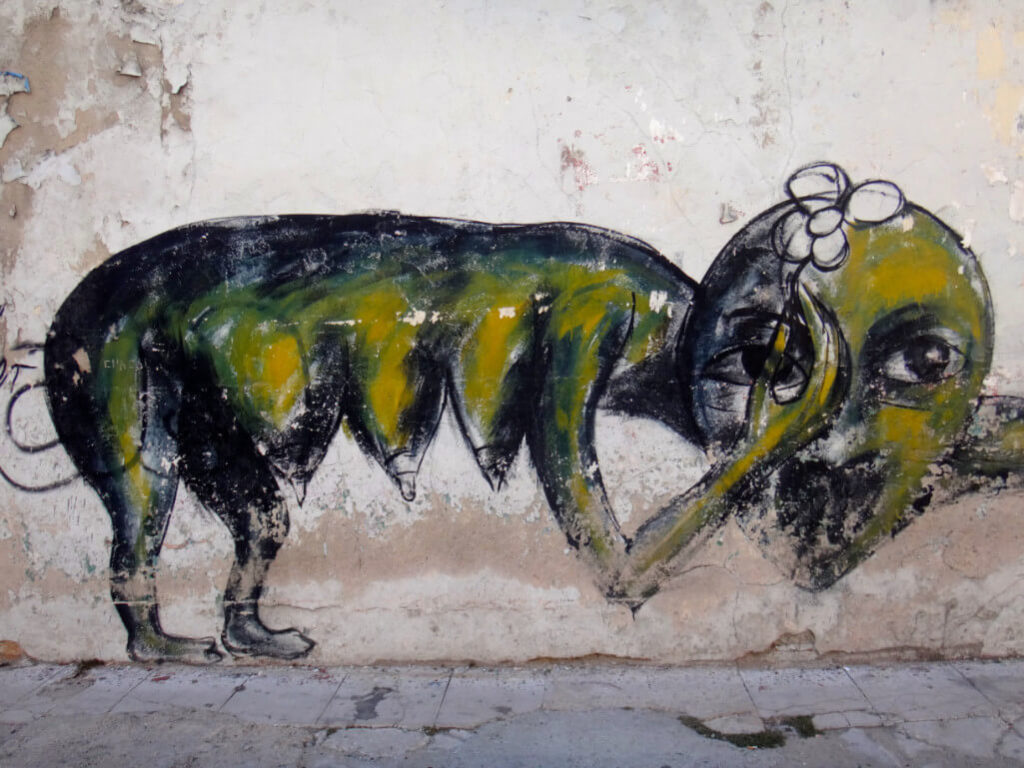 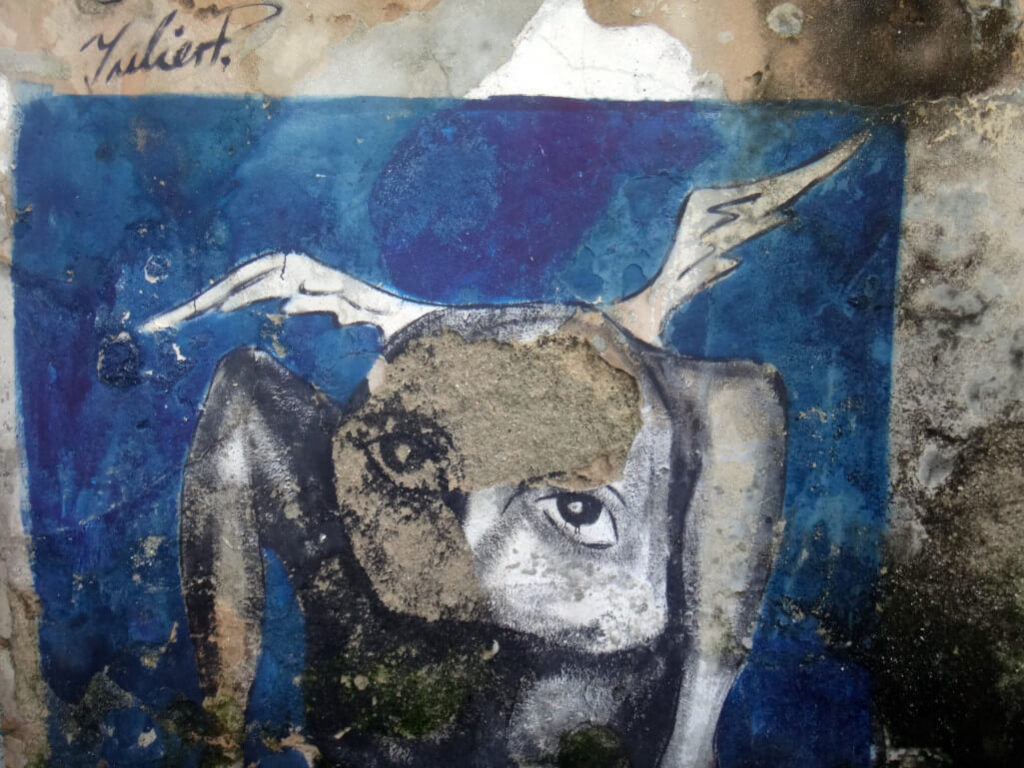 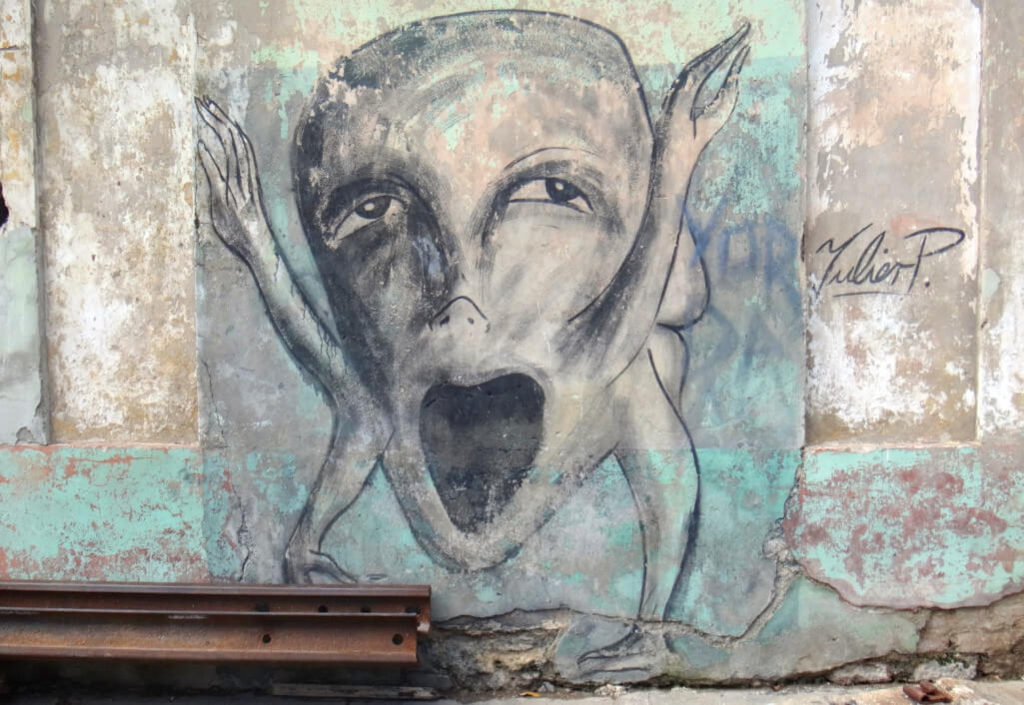 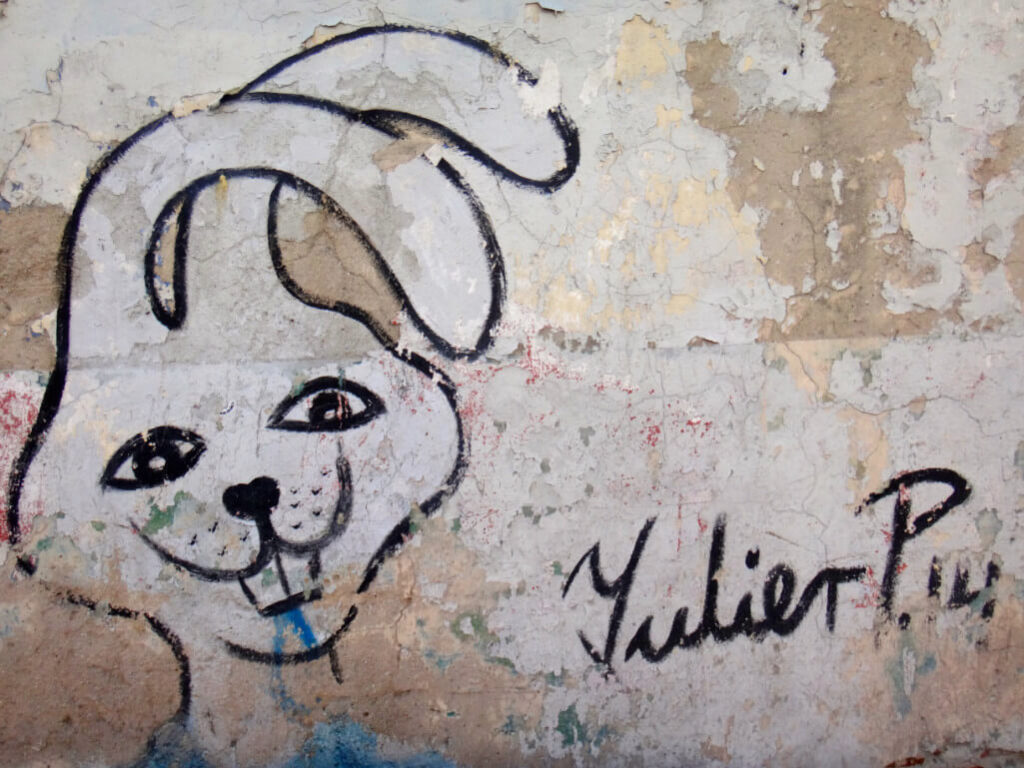 Julier P. is currently one of the most active street artists in Havana. But hardly anyone knows who is hiding behind his pseudonym. Because in Cuba, street artists usually work illegally and therefore have the advantage of remaining anonymous underground. There is hardly a corner, hardly a quarter, in which at least one drawing by Julier P. is not to be seen. The attentive viewer often discovers his works of art on condemned buildings - an ironic, quasi double sign of transience. For street art is in its basic essence fleeting and quickly ephemeral, an art that erodes in time... His artworks often show extraterrestrial mythical creatures, painted with strong colors and very artistically staged. This is street art at its best!