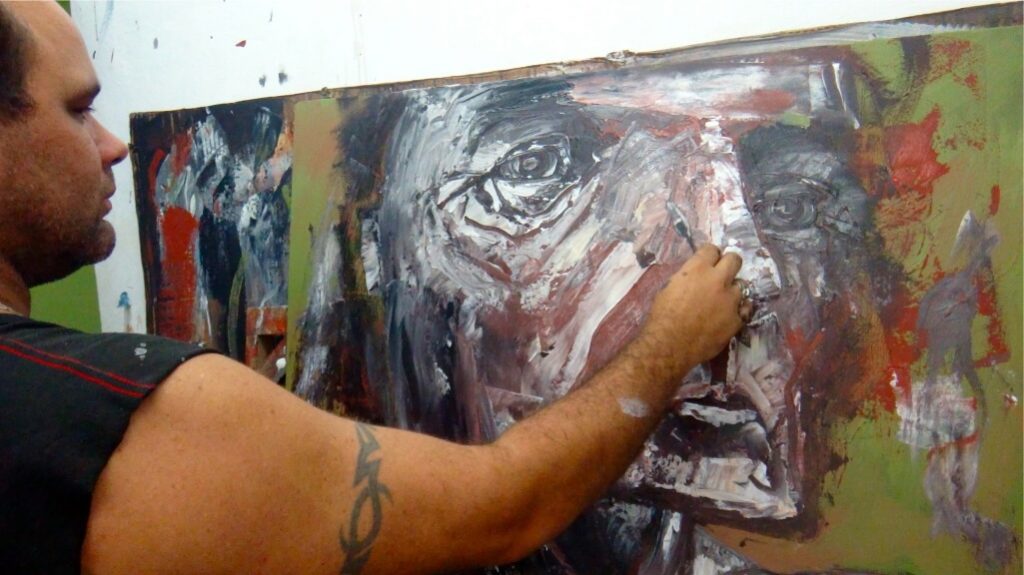 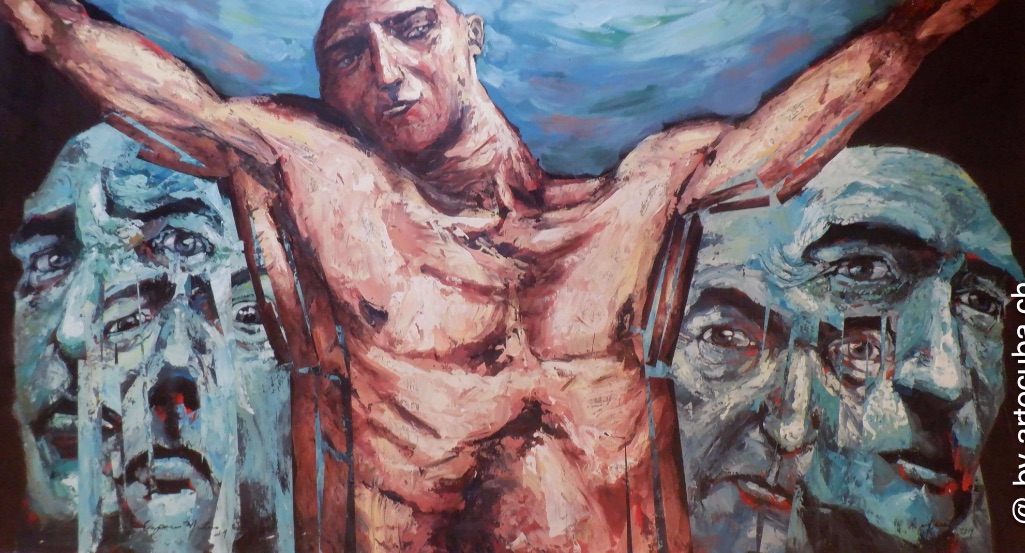 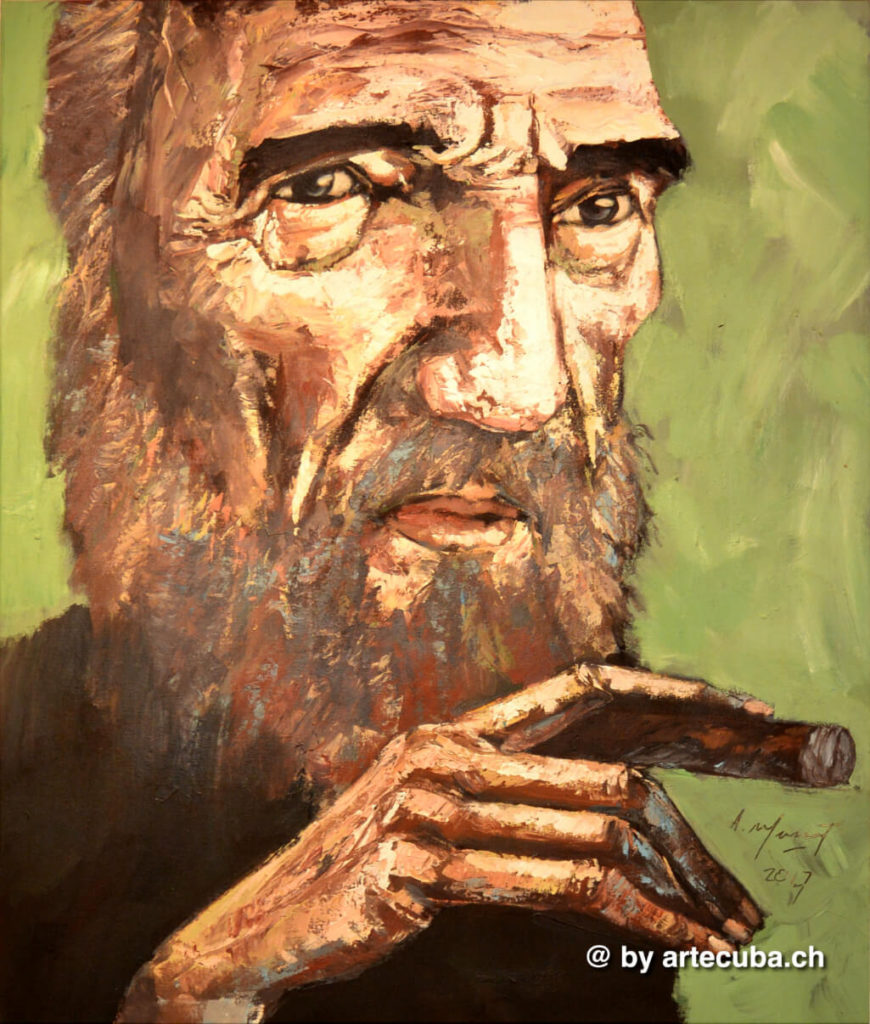 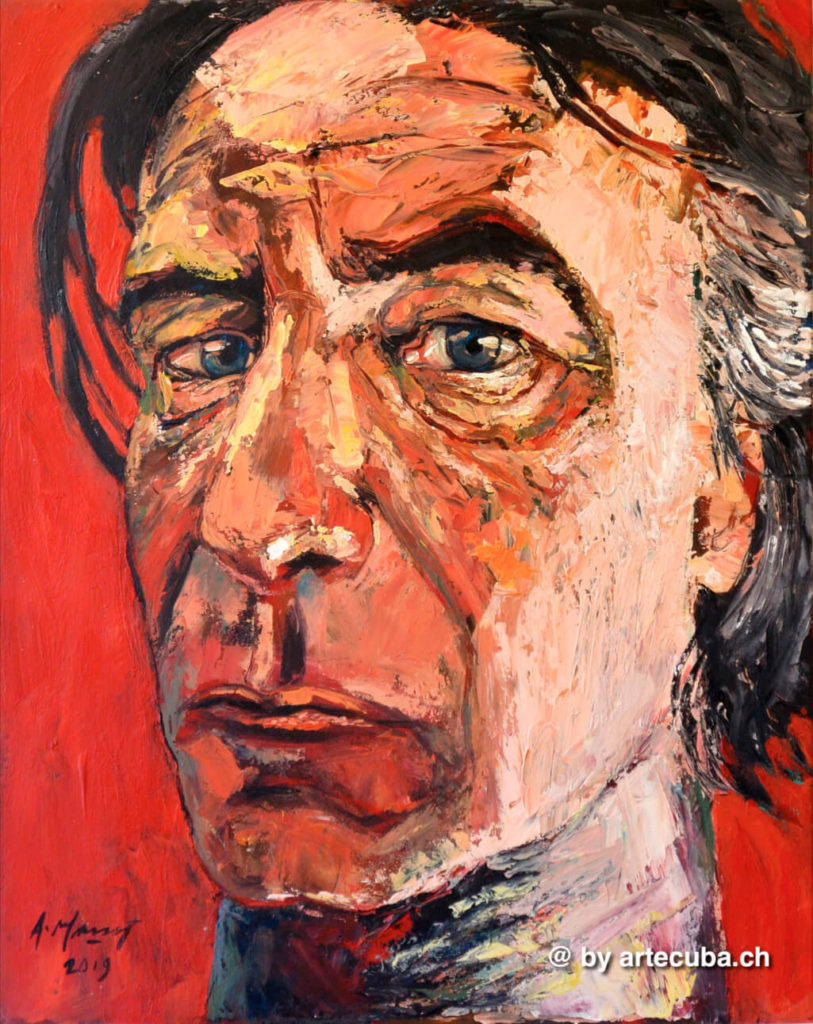 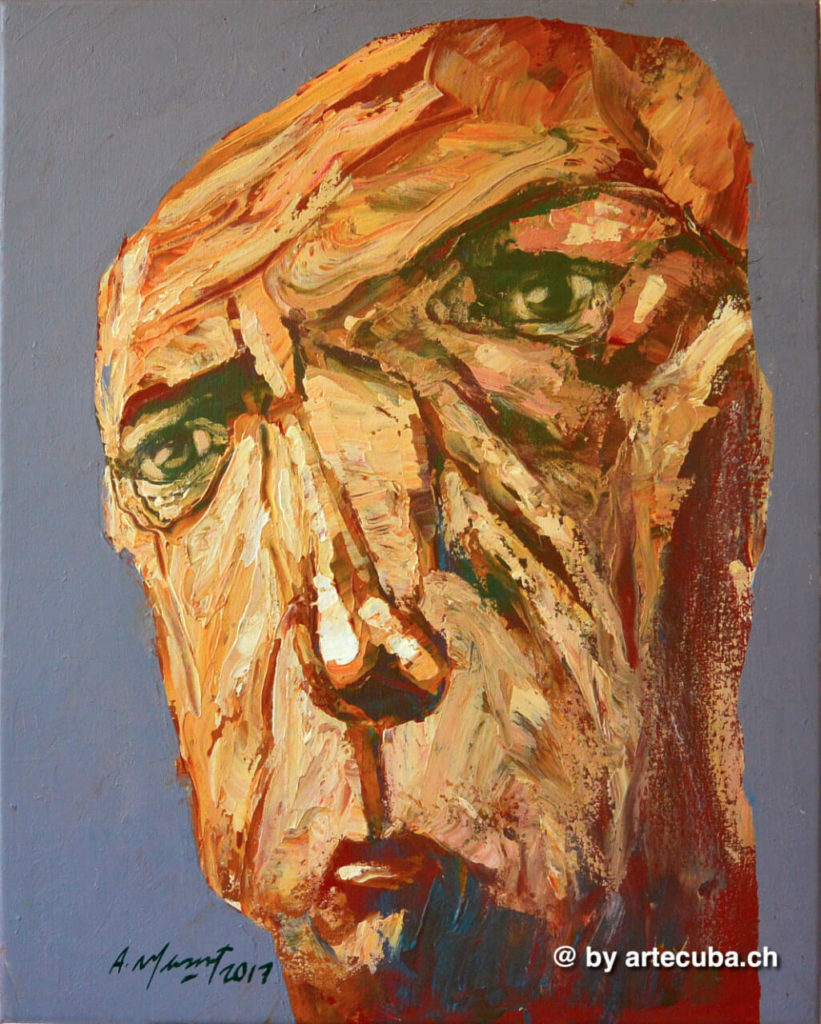 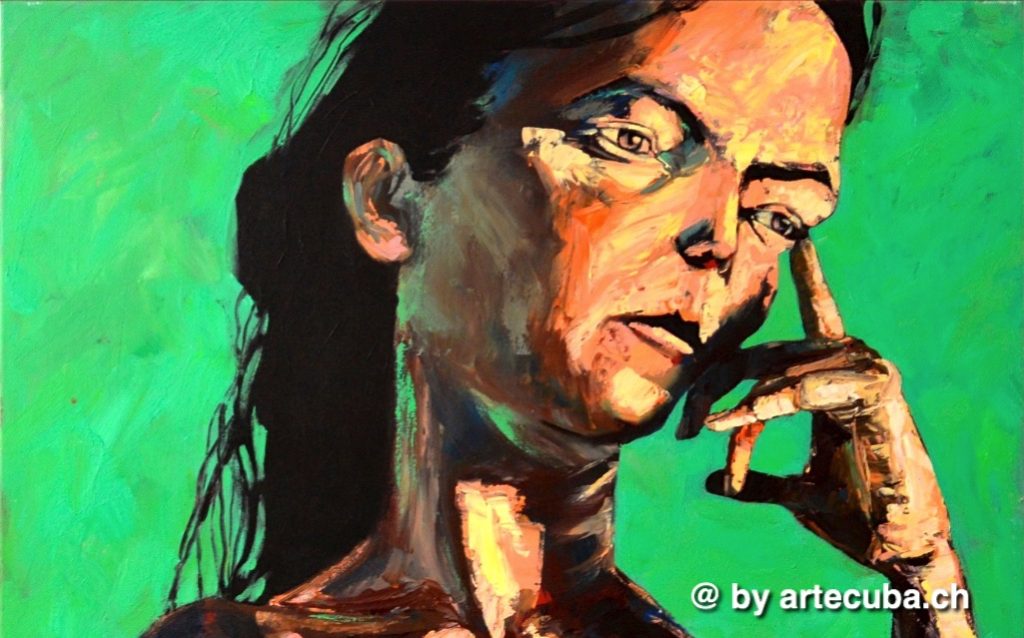 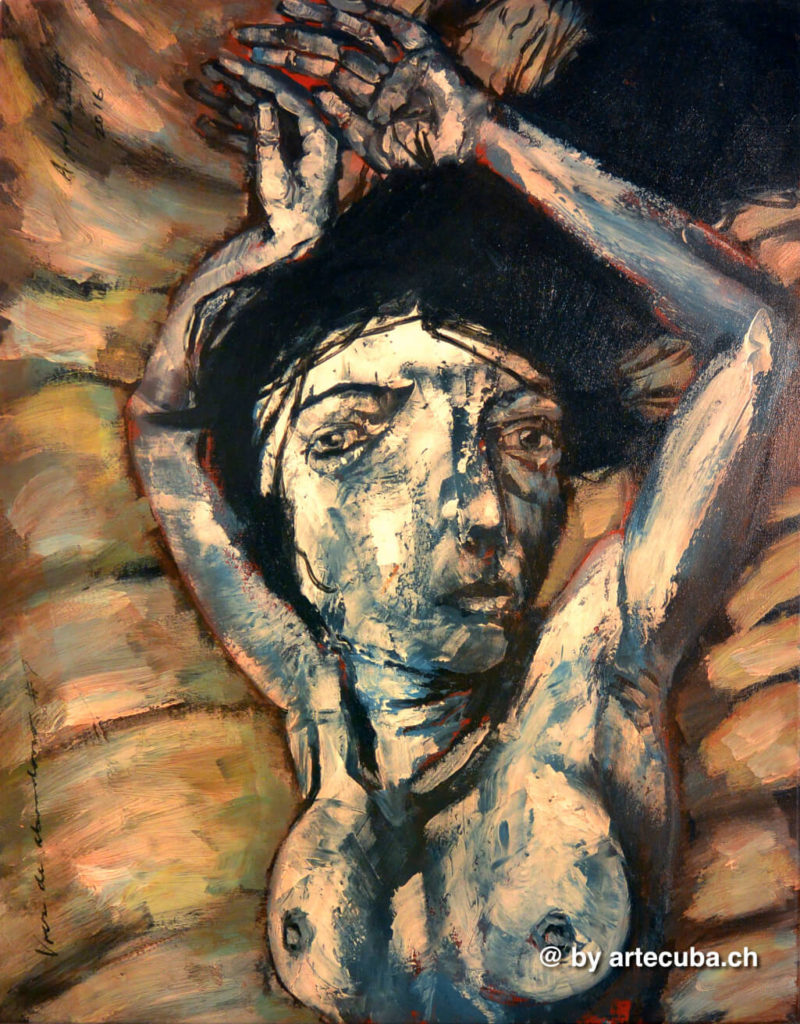 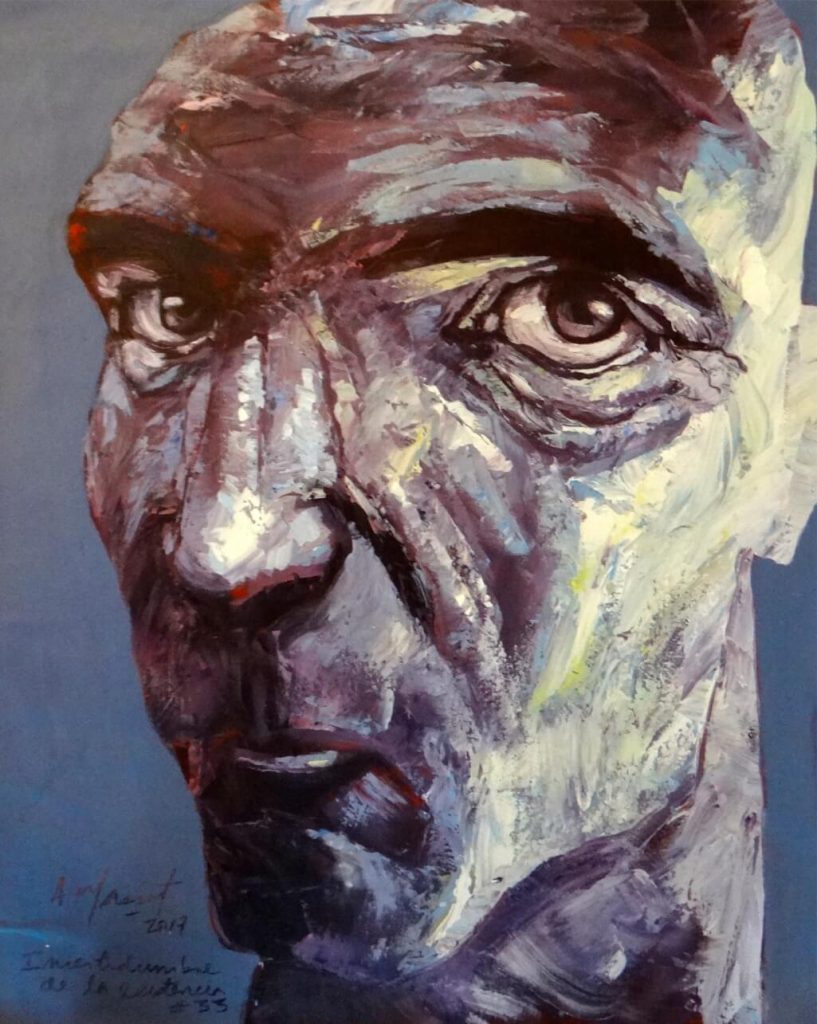 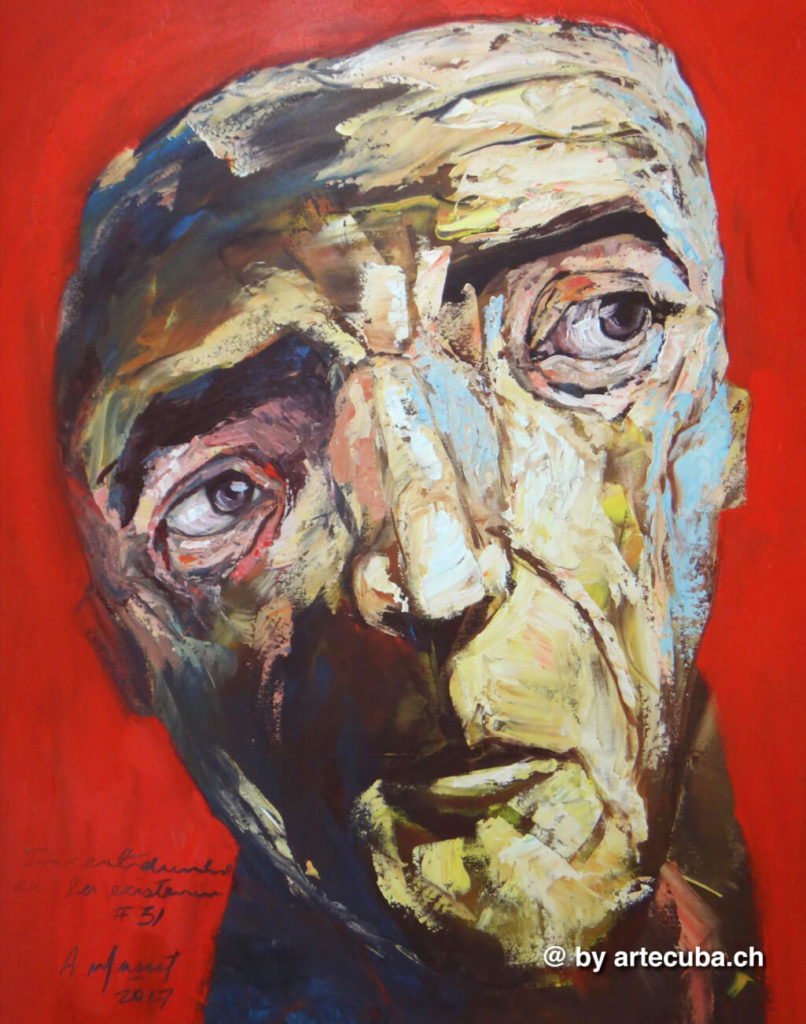 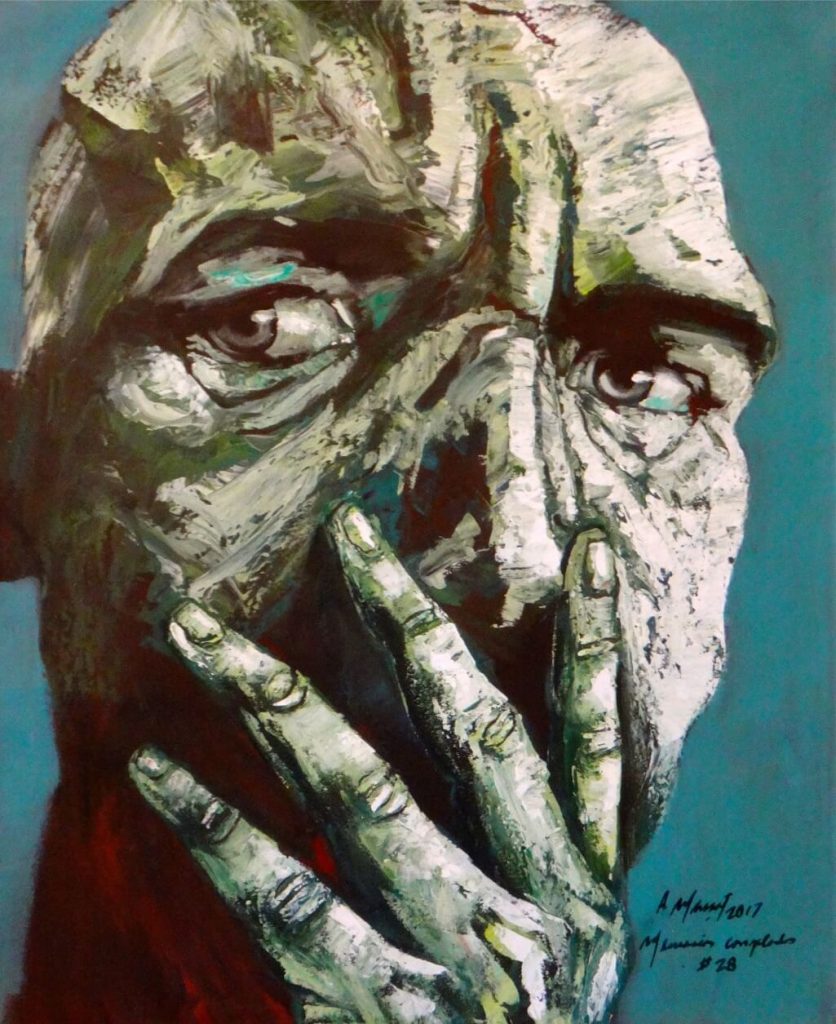 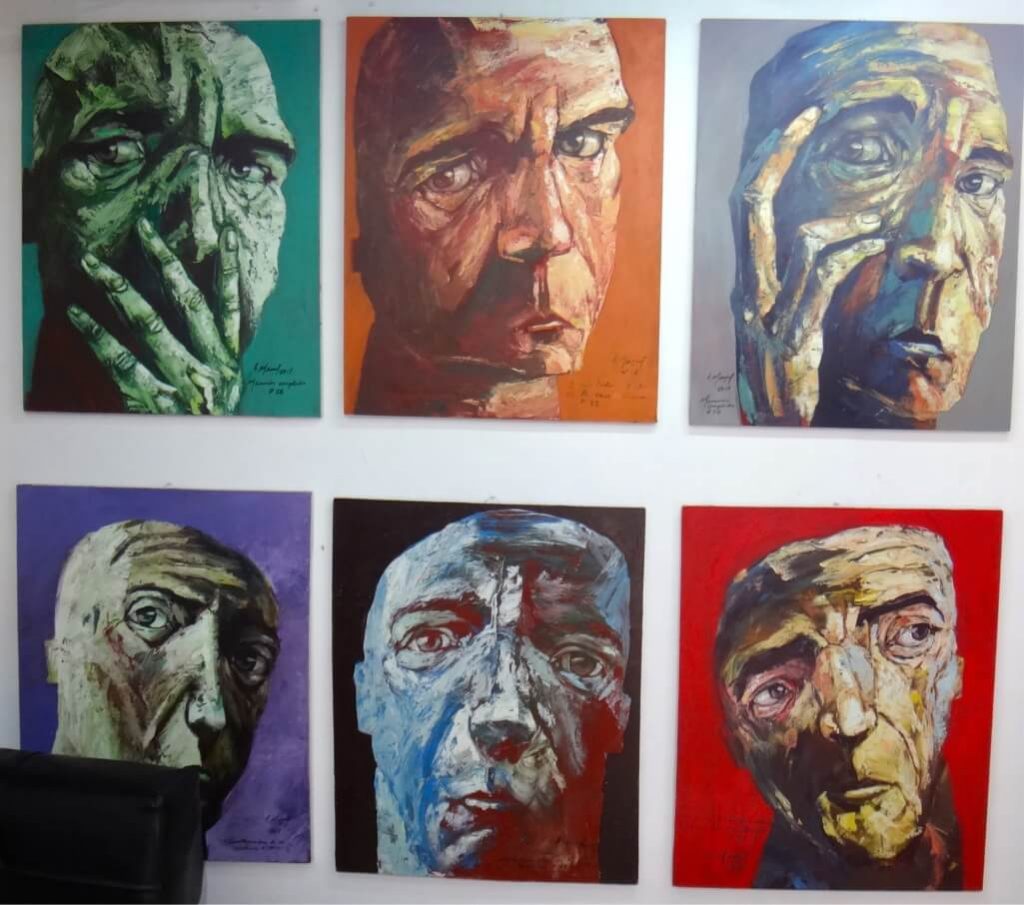 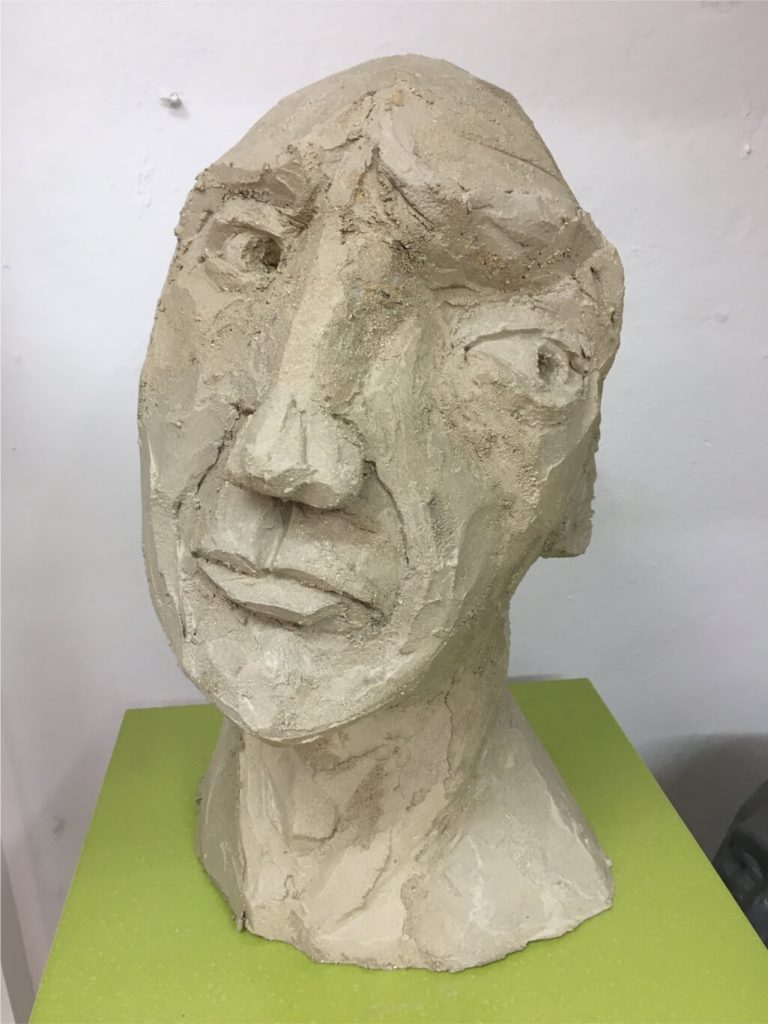 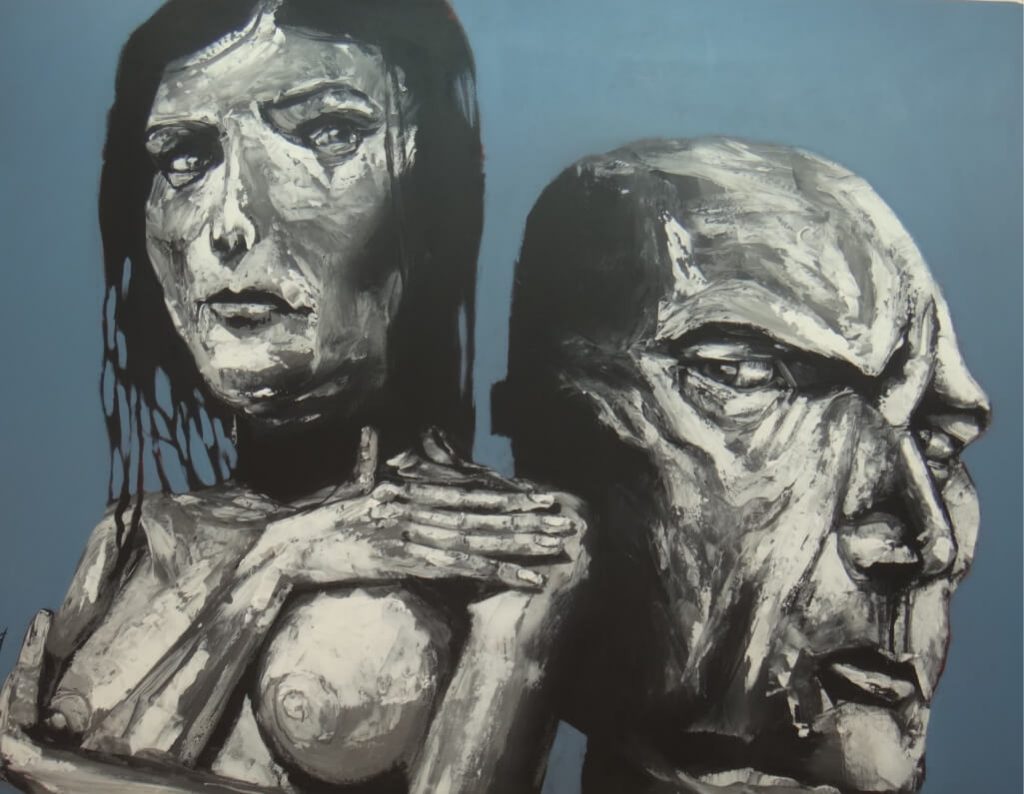 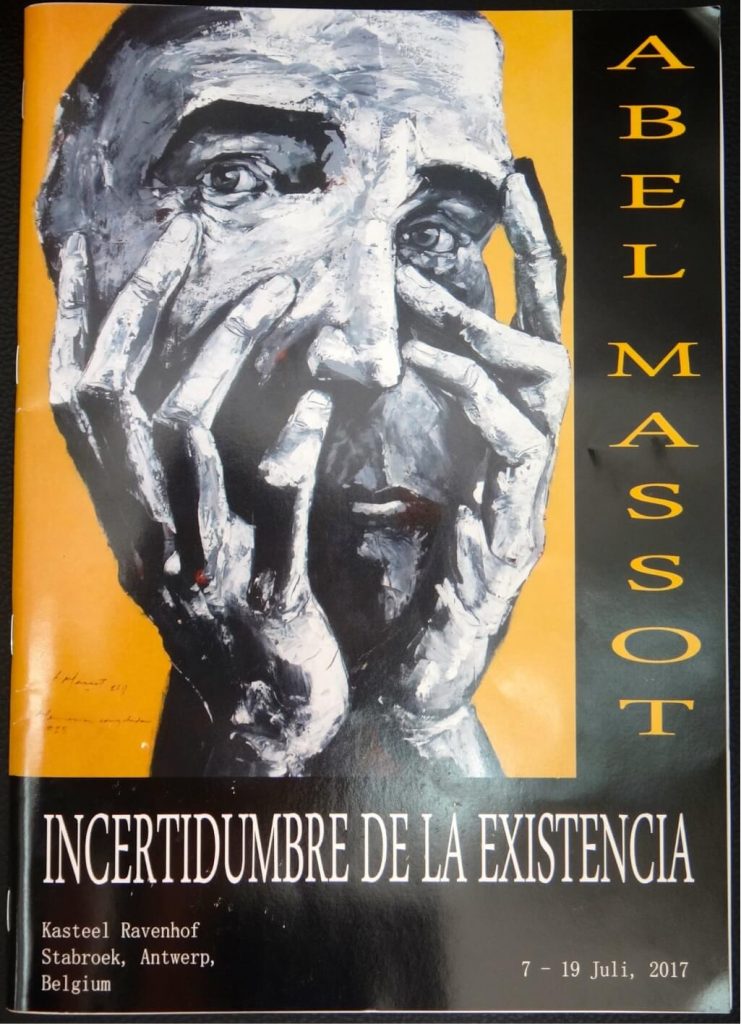 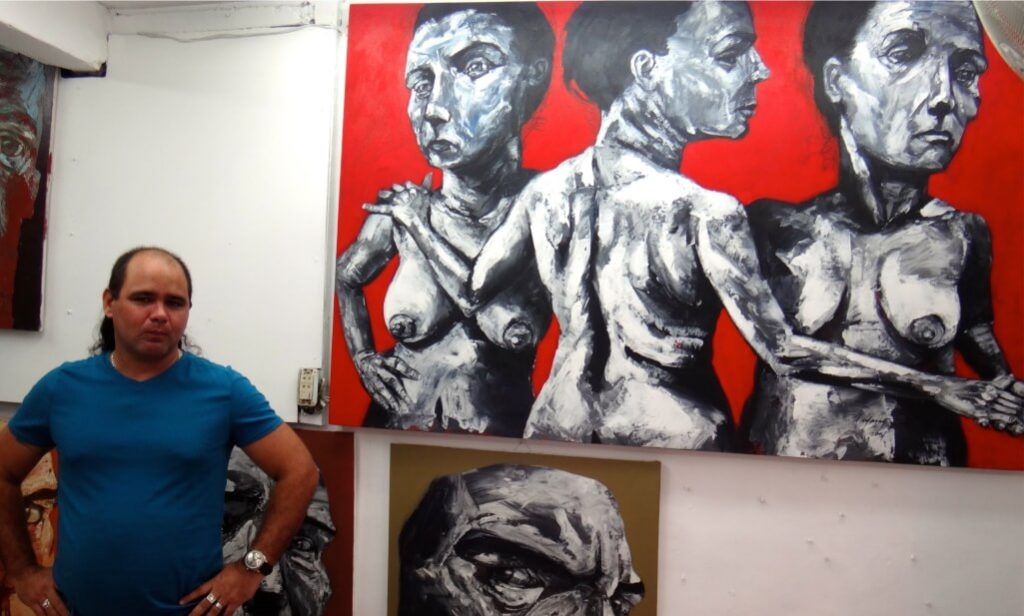 Abel Ramirez Massot, born on 22 July 1979, first studied at the Enrique Jose Varona Institute. In 2003 he moved to the Academy of Fine Arts, San Alejandro. In 2005 he completed his specialty 'Painting and Drawing' with distinction. Already at a young age he won several national prizes and awards. Various exhibitions in Cuba followed. Since then he works in his own studio in the old town of Havana. His expressive, large-format pictures mostly show people and faces. He develops his own powerful and unembellished aesthetics. He uses strong colours as a background in order to make the characters stand out better. Apart from painting, the artist also makes busts out of cement, thus demonstrating his versatility. First performances in the USA followed in 2016, for example at the Miami Art Basel. We are very curious about his further development!

See the CV of the artist: